I've worked for more years than I like to think with a classroom teacher here in San Francisco. These are the bad pics of some very nice pieces done by her students in 2006. The topic of the book was favorite things. The images are in no particular order.

I like making paper things with students for many reasons. One is that paper is cheap or free. The economic condition of my students varies dramatically, and I want them to be able to practice things at home. Paper is something that everyone has access to. Although there are any number of tools that can be used with paper, there are also an array of paper techniques that only use hands or hands and glue.

I do origami as a meditative activity for myself. I'm not sure when I started folding, but I do remember using folding as an entertainment for my brother's friends while he was still in preschool. I can't have been more than six or seven years old at that time. It's always been the action models that excite me. I enjoy showing the students aspects of the designer's character through their folding. We have books by a few different designers in the class that I work from, as well as traditional forms. Traditional folds tend to have an elegance to them. Individual designers have their own characteristics. Last year, in one class, we frequently used the work of one designer who likes to make dozens of folds, unfold the whole piece, and then refold the model in one great collapse. We each had our folded (or wadded) papers and I said, "Ok, now unfold back to the square" and one of the kids laughed and guessed the designer. Those moments make getting up early completely worth it. I work most frequently with 2nd graders, an age I prize for the variation in development that one sees in a given class. One child will be reading Tolkien and another will be on Eric Carle. They each have something to bring to the process and they each have something to struggle with.

Another way that I work with kids and paper is through making pop ups. As a child, some of my most loved books had paper animations. I do my own animated stories and multi option poems. Paper engineering, like origami, is magic to me. I love it as a consumer, a designer, and a midwife for the work of the children I teach. Some of their work follows.

These are the work of students from 2013. Whenever I do the twining with second graders the baskets all turn out differently one from another but I love them all. I know that that sounds like a teacher thing to say but children these days don't use their hands in that kind of way as much as fossils like myself did. It's fun to watch... and actually one of these baskets had me coveting it, so... 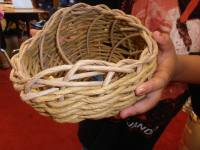 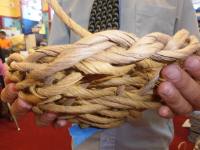 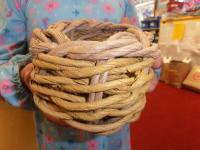 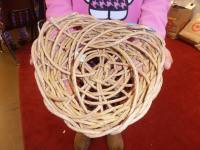 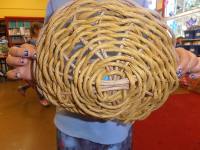 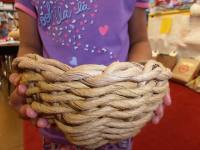 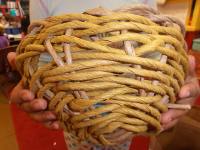 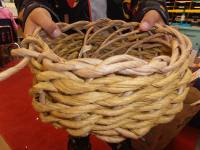 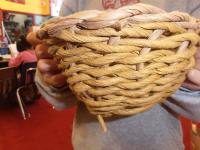 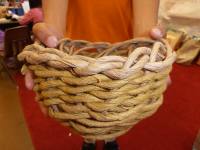 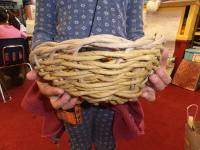 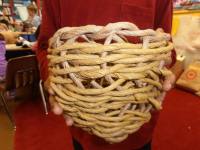 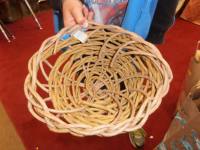 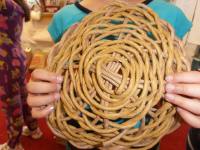 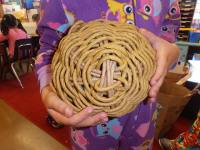 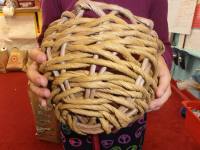 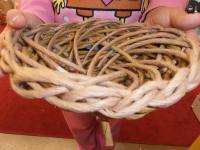 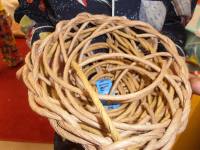 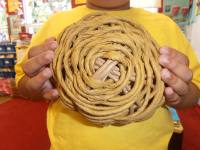 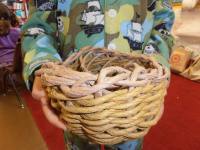 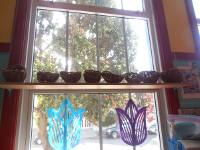 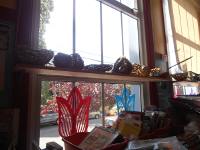 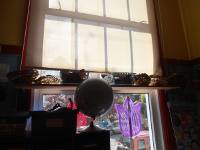 This project was not so much mine as something made for the school auction. It fetched quite a high price but more importantly, we had a great time making it. Each of those origami models spins on a nail. I hope that it's at least marginally as much fun for the owner as it was to fold the spinners. 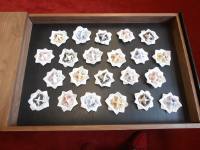 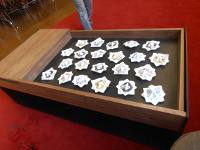